The Scandinavian Journal of Economics announce that the editor's choice for the best paper of 2016 is "The Long-Run History of Income Inequality in Denmark" by Anthony B. Atkinson and Jakob Egholt Søgaard. The paper is now available to view and download at the publisher's web site. 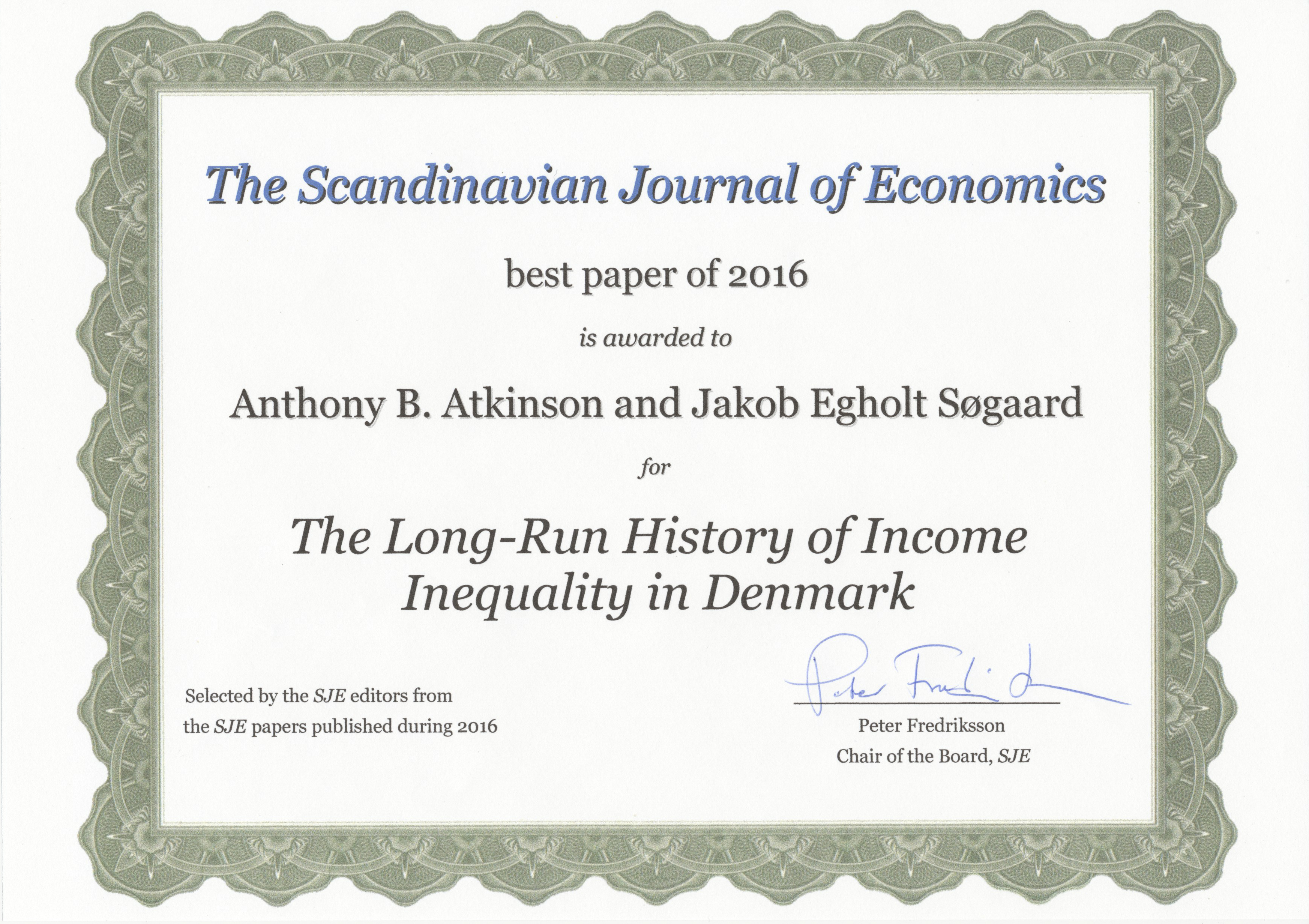 Jakob Egholt Søgaard has graduated from the UCPH Department of Economics. Now he works at the Danish Ministry of Taxation – but we still benefit from his insights: Jakob lectures our course Public Economics.

Here is an introduction to the prize winning paper:

"The study shows first that there have been epochs when Denmark has seen significant reductions in income inequality: (possibly) in the last 30 years of the 19th century spanning the start of the industrialization in Denmark, and definitely over World War II and in the 1970s. As a consequence, the decline is not simply a secular downward trend. Instead, there have been periods in between where the top income shares have remained stable and, most notably, spiked during World War I. This time path resembles, to a large extent, that of Sweden, which adds to the picture of strong co-movement in income inequality across countries until the 1970s, and increasing divergence since then.

The focus on top income shares stems from the fact that historical sources on the income distribution in most countries have primarily covered the top of the distribution, hence making the estimation of broader measures of inequality such as the Gini coefficient infeasible. In contrast, the data sources for Denmark extend well down into the income distribution from almost the beginning of the 20th century and Atkinson and Søgaard can – quite unusually – construct a series covering nearly one hundred years.

With the focus on long-run income inequality, the paper contributes to the recent literature on top income shares that has emerged since the studies by Piketty (2001, 2003), Piketty and Saez (2003), and Atkinson (2005). These studies have been influential in highlighting the dramatic changes in income inequality across many different countries since the beginning of the 20th century. Studies of this type have already been conducted on Finland (Jäntti et al., 2010), Norway (Aaberge and Atkinson, 2010), and Sweden (Roine and Waldenström, 2010), and the paper thus completes the set of Scandinavian countries.