Inequalities at birth persist into the next generation

We show that inequalities at birth of one generation persist into inequality among the offspring in the next generation. Differences in birth weight of parents are strongly associated with differences in school performance of their children. This is also the case when controlling for the children’s own birth weight and when controlling for the family background of the parents.

It is well established that inequalities in endowments at birth persist into inequality in socioeconomic outcomes later in life. This project asks whether differences in neonatal health of one generation (birth weights of parents) create differences in cognitive skills of the next generation (early school performance of children).

Our first finding is that a one percent higher maternal birth weight is associated with higher test scores of the children in elementary school of 0.3 percent of a standard deviation (SD percent). This effect corresponds to 80 percent of the association between the child’s own birth weight and test score. This conclusion also applies when including birth weights of both the mother and the child in multivariate regressions. 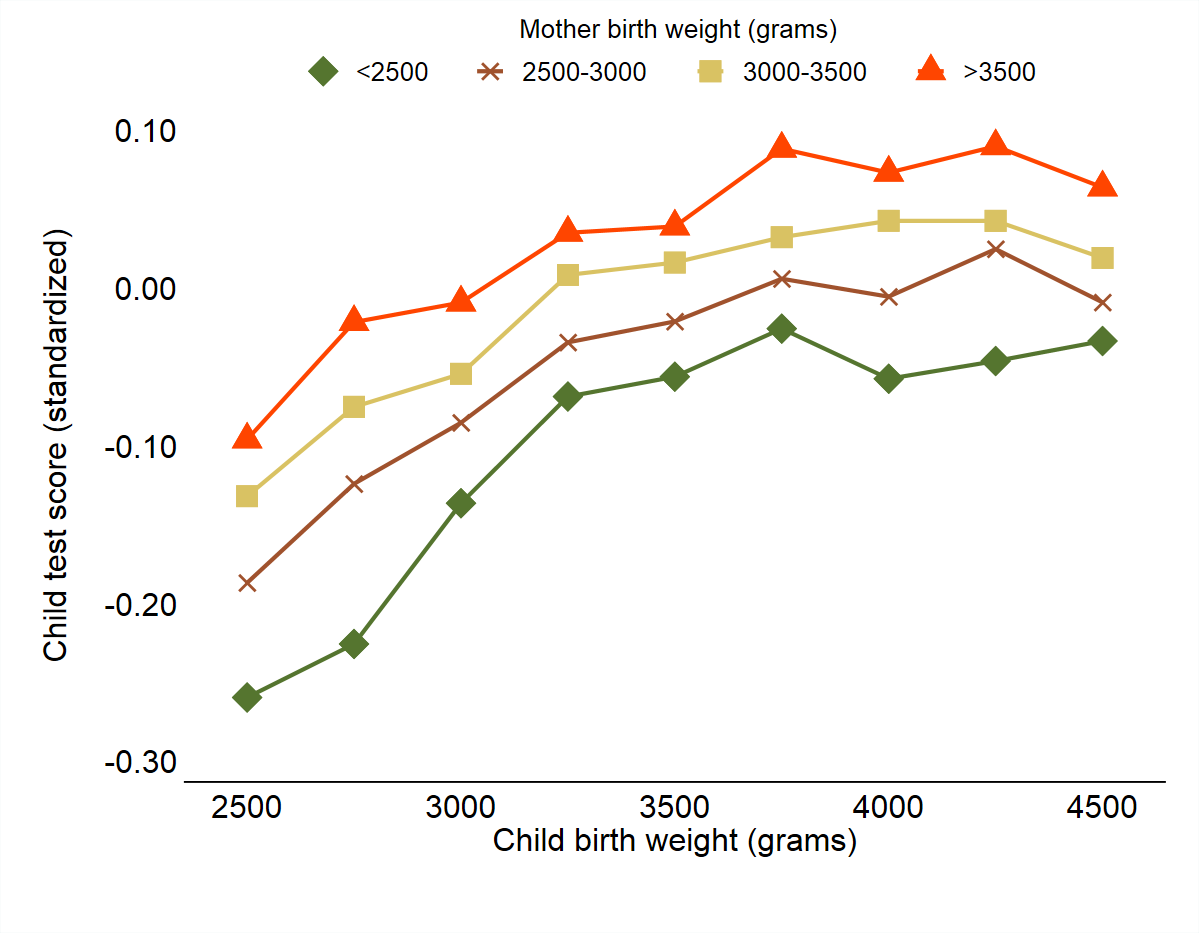 When controlling for family background of the mothers, by including grandmother fixed effects that isolate within-family differences between mothers, we find that a one percent higher maternal birth weight is associated with a 0.1-0.15 SD percent higher child test score, corresponding to 50 percent of the coefficient on the child’s own birth weight. This suggests a significant causal effect of maternal birth weight on child test scores.

For a smaller subsample, we also have information about the birth weight of the father. Our results for this subsample indicate that paternal and maternal birth endowments are equally important for the school performance of the child.