How far are labor supply behavior from Homo Economicus?

Most economists are well aware that the models based on perfectly rational and optimizing individuals, which we teach our students, are only approximations of real life behavior. The key questions are what the size and conse-quences are of the differences between model predictions and real life behavior. In the case of the effect of taxation on labor supply, the emergence of big data has shown that there is profound differences between the predictions from our standard models and observed labor market behavior. Researchers have sought to explain these discrep-ancies by the presence of optimization frictions: i.e. individuals fail to optimize correctly when the stakes are low due to various behavioral factors such as inattention, adjustment costs etc. However, optimization frictions have the potential to explain nearly everything and it is therefore critical to investigate settings in which the presences of optimization frictions could potentially be falsified.

One of the key insights that have emerged from the last two decades of research in public and la-bor economics is just how important optimization frictions are in shaping observed labor market outcomes. Optimization frictions are the likely cause of the lack of observed bunching at kink points (Saez, 2010 and Chetty et al., 2011) as well as the range of different labor supply elasticities estimated using tax reforms (Chetty, 2012).

In recent work (Søgaard, 2019), I use Danish administrative data to investigate the magnitude and nature of optimization frictions in the labor market of Danish students. This particular labor mar-ket represents a promising case study for several reasons. First, students face a sharp kink in their budget set created by the phase out of student benefits.

The kink is large: more than twice the size of the largest kinks in both the US and Danish tax systems. Second, a reform in 2009 significantly increased the earnings level at which students reach the kink point. Third, students need to adjust their take-up of benefits before actually receiving the benefits to remain on a lower phase-out rate. If they fail to do so sufficiently, they risk hitting an ex post phase-out rate of 100 percent. This feature creates several dominated regions in their budget set. Finally, the labor market is covered by rich administrative data on earnings and benefits take-up at the monthly frequency.

Overall, my main findings point to the presence of significant optimization frictions. First, as illus-trated in Figure 1, I find an immediate and non-trivial shift in the earnings distribution following the 2009 reform compared to stable distributions both before and after the reform. The shift is consistent with a labor supply elasticity of 0.1. Yet, despite this clear evidence of a positive labor supply elasticity, I find no sign of sharp bunching at the kink point, created by the phase-out of student benefits, which our standard labor supply models predict. 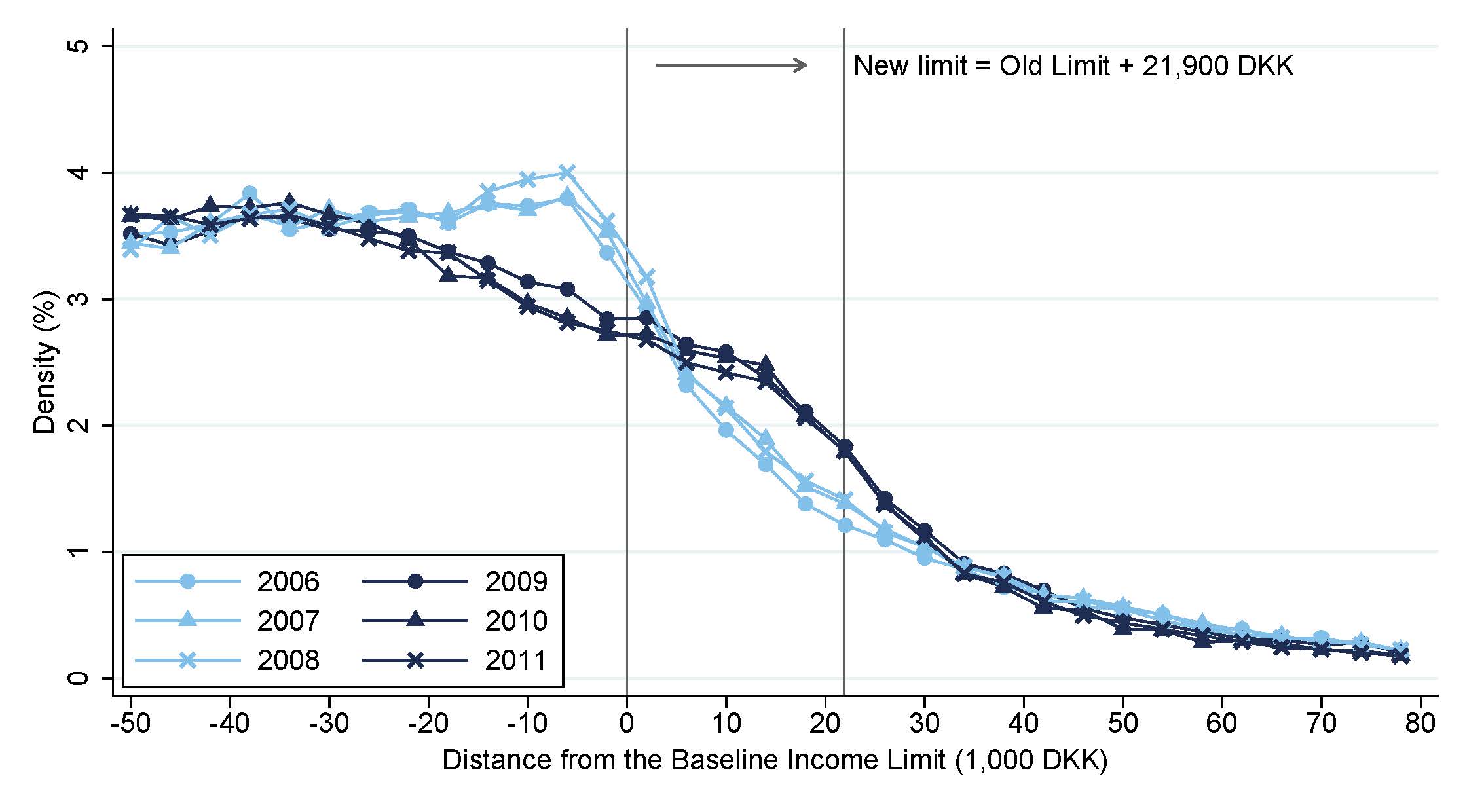 Figure 1: The earnings distributions of Danish students before and after the 2009 reform

Second, I find that a significant share of individuals fails to take up benefits optimally given their final end-of-year earnings. I show this by utilizing that the Danish student benefit system allows students to earn income up to a baseline income limit without having their benefits reduced.

If they earn more, their benefits are phased out. For the first DKK 11,600 above the limit the phase-out rate is 50 percent, while further earnings entail a phase-out rate of 100 percent. If students want to earn more, they can increase the income limit by cancelling benefits for one or more months. For each month cancelled, the student increases the income limit by DKK 11,600, which translates into a phase out rate of 6,100/11,600 = 52 percent.

Because the system implies a lower phase-out rate if students actively adjust their take-up of bene-fits, students maximize their disposable income by cancelling an increasing number of months of benefits as their earned income increases. However, as I show in Figure 2, most students have earnings lying outside the optimal interval. Most students could – in other words – have increased their disposable income by either taking-up or cancelling an additional month of benefits. 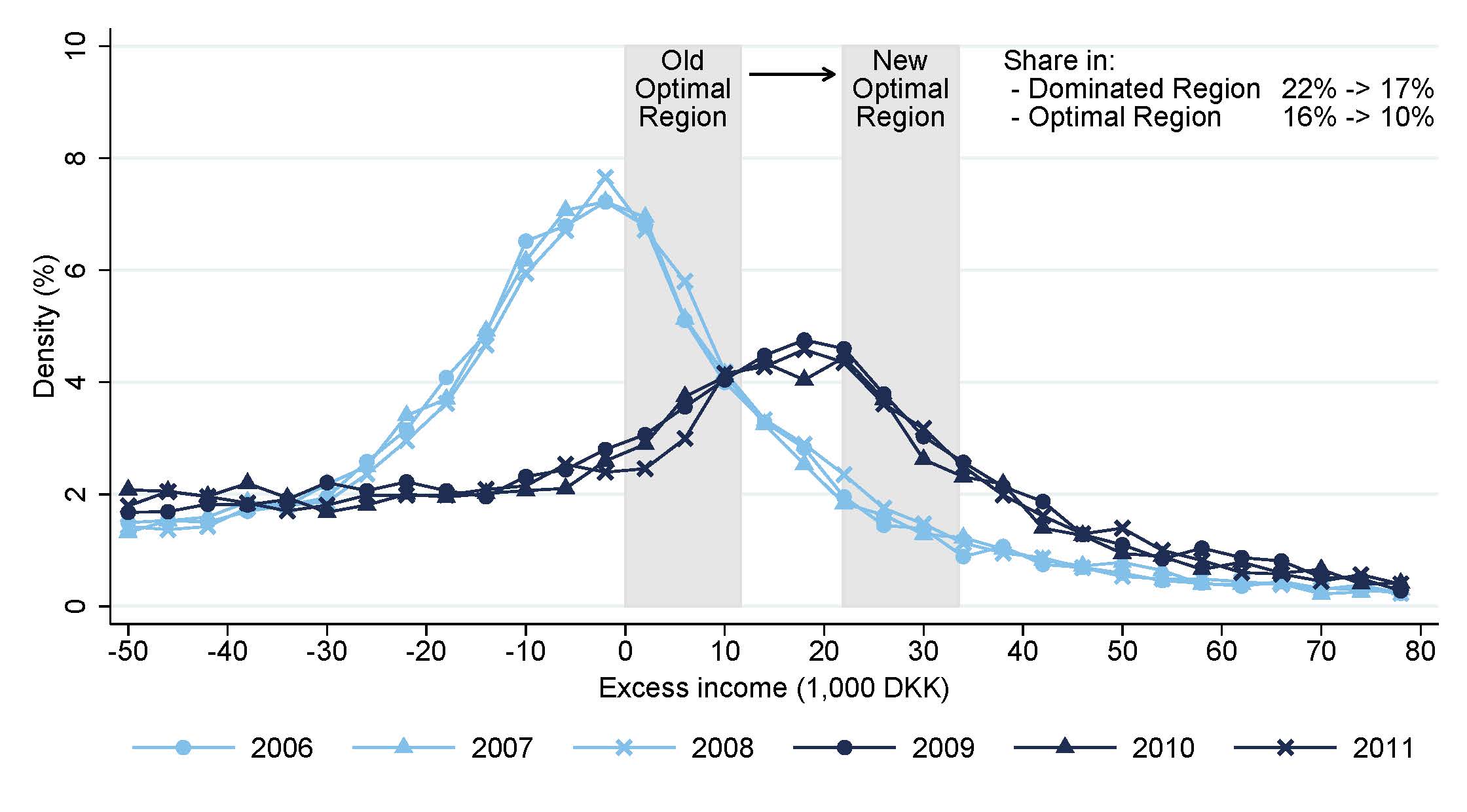 Figure 2: Distributions of excess income for students, who actively cancel at least one month of student benefits.

The costs of these “optimization errors” in terms of lost disposable income are not trivial, but amount to on average 2-3 percent of students’ disposable income. This estimated range of “ac-cepted utility losses” is well above the level explained by the lack of sharp behavioral responses to even significant kinks or changes in the tax schedule.

However, because the kink created by the phase out of student benefits is extraordinarily large, the costs of ignoring the kink completely is likely to be above 3 percent. Hence, my findings are consistent with individuals responding to in-centives once the stakes become large enough, even though they fail to optimize exactly as stand-ard economic theory would predict.