Earmarked Paternity Leave and the Relative Income within Couples

Reducing gender inequality has become a central motivation for labor market and child-care policy reforms. Recently, for example, the European Parliament proposed to impose on member countries that each parent must have the right to two months of non-transferable paid parental leave. One of the main arguments for this EU-wide legislation is to lower gender inequality by reducing the flexibility of couples to allocate paid parental leave within the households.

Little is known, however, about the effects of earmarked parental leave for fathers on the relative income of women within couples. The intra-household income share of women likely reflects their bargaining power and shifting the income share within households thus has the potential to create permanent shifts in norms and gender inequality. 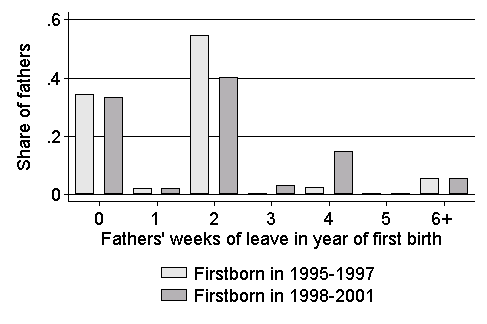 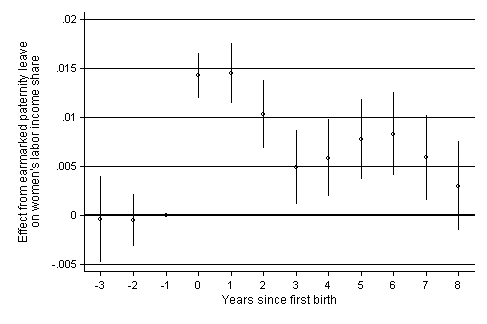 We find that the effect is primarely driven by couples in which the woman was employed in the private sector prior to first childbirth. Interestingly, the fathers in this group increased their parental leave take-up by around twice as much as the fathers in the reference group of mothers working in the public sector prior to childbirth. This result is in line with the notion in Nielsen, Simonsen and Verner (2004) who find that there is no long run effect from taking parental leave for women employed in the public sector prior to childbirth.

You can read the working paper here