Our answer to this question is both “yes” and “no”: To understand how bequests might affect different measures of inequality, let us consider an example where everyone receives a bequest proportional to their wealth. In that case, the variance of the wealth distribution increases, while wealth shares remain constant. Thus, absolute inequality increases and relative inequality is unchanged.

The sources of wealth inequality are complex and manifold. Inequality in earnings capacity, differences in savings propensities or risk-taking, and differences in inter vivos wealth transfers and bequests across generations all take part in shaping how wealth is distributed.

In our recent research (Boserup et al. 2016 ), we zoom in on the effect of bequests on wealth inequality. It may seem intuitive that bequests create wealth inequality. It is not necessarily the case though. The answer depends on bequest patterns – meaning to what extent bequests flow from rich parents to rich kids and to what extent they move poor kids up in the distribution – and whether we measure inequality in terms of absolute or relative wealth differences. An example of an absolute inequality measure is the variance of the distribution. A relative inequality measure is the share of total wealth owned by the 1 percent wealthiest:

So do bequests create wealth inequality?

Our answer to this question is both “yes” and “no”. It depends on whether we look at absolute or relative wealth inequality as shown in the graphs below. Our analysis is based on administrative wealth records for the Danish population of people who are 45-50 years old and divided into “treatment” and “control” groups, based on whether the last surviving parent dies in 2010 (time zero in the diagrams below). These groups are not exactly identical – by definition parents die in one group but not in the other group – but they do follow similar trends before 2010. 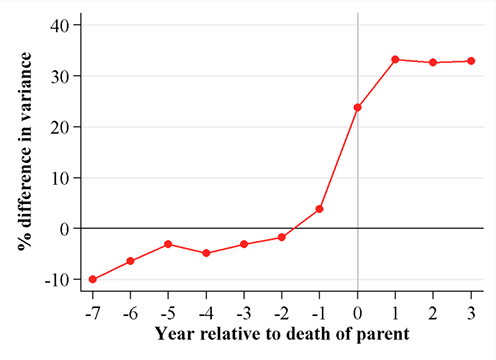 Figure 1. Effect of bequests on the variance of the wealth distribution 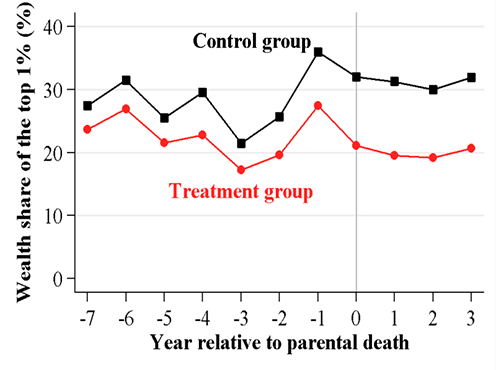 Figure 2. Effect of bequests on top 1% share of wealth

However, we obtain the opposite conclusion when looking at relative measures of wealth inequality, such as top wealth shares.  In Figure 2 we show the top 1% wealth share for the two groups.  The top wealth shares in the treatment and control groups vary over time due to fluctuations in market values of assets, but follow parallel trends until parental death. Afterwards the gap between the two curves widens considerably. The top 1% wealth share decreases by more than 5 percentage points relative to the control group, a very large effect when compared to the baseline level of around 30 percent. Thus, relative inequality declines. We get the same conclusion if looking at other top wealth shares.

Our work suggests – contrary to the popular belief – that bequests need not increase inequality even if rich parents have rich kids. In fact, in Denmark, the post-bequest distribution is more equal (if measured in relative terms) than the pre-bequest distribution. Having said that, this work does not by itself answer the question of a longer term impact of bequests. For example, if individuals at the bottom of the distribution primarily consume out of their bequest while individuals at the top primarily save, the longer term dynamics may reverse short-term inequality effects. As every study, this one is also necessarily limited to what we can observe: Danish administrative data does not cover wealth hidden from tax authorities, which may be substantial (Zucman 2013).

Naturally, bequests are just one form of intergenerational transfers. Inter vivos gifts and parental investments in child's human capital are very important other channels. In ongoing work, we integrate all these effects by studying intergenerational wealth mobility, i.e., the relationship between wealth of parents and children.