In a forthcoming paper in Psychological Science, Assistant Professor and associated CEBI-member Anne Ardila Brenøe (University of Zurich) answers the question whether siblings' gender affects personality. She has carried out the work together with her coauthors Jan Feld, Thomas Dudek, and Julia Rohrer.

Siblings are a central part of the childhood family environment, which is often believed to play a crucial and long-lasting role in personality development. For example, growing up with siblings of the opposite gender (as opposed to the same gender) may lead to different interactions between siblings and their parents.

“Previous empirical studies have resulted in inconsistent findings,” tells Anne Brenøe “and we therefore wanted to test this in a rigorous and comprehensive way.”

They found no meaningful causal effects of the gender of the next younger sibling, and no associations with the gender of the next older sibling. “Based on high statistical power and consistent results in the overall sample and relevant subsamples, our results suggest that siblings’ gender does not systematically affect personality,” explains Anne Brenøe.

You can read up on the results here

Does that mean that sibling gender does not matter? It does not! Anne Brenøe has shown in previous work that, in Denmark, brothers increase women's gender conformity, with consequences for labor market outcomes.

“It just seems that the personality measures we consider are not part of that story. Maybe they are simply a blunt tool when it comes to gendered dynamics,” says Anne Brenøe. 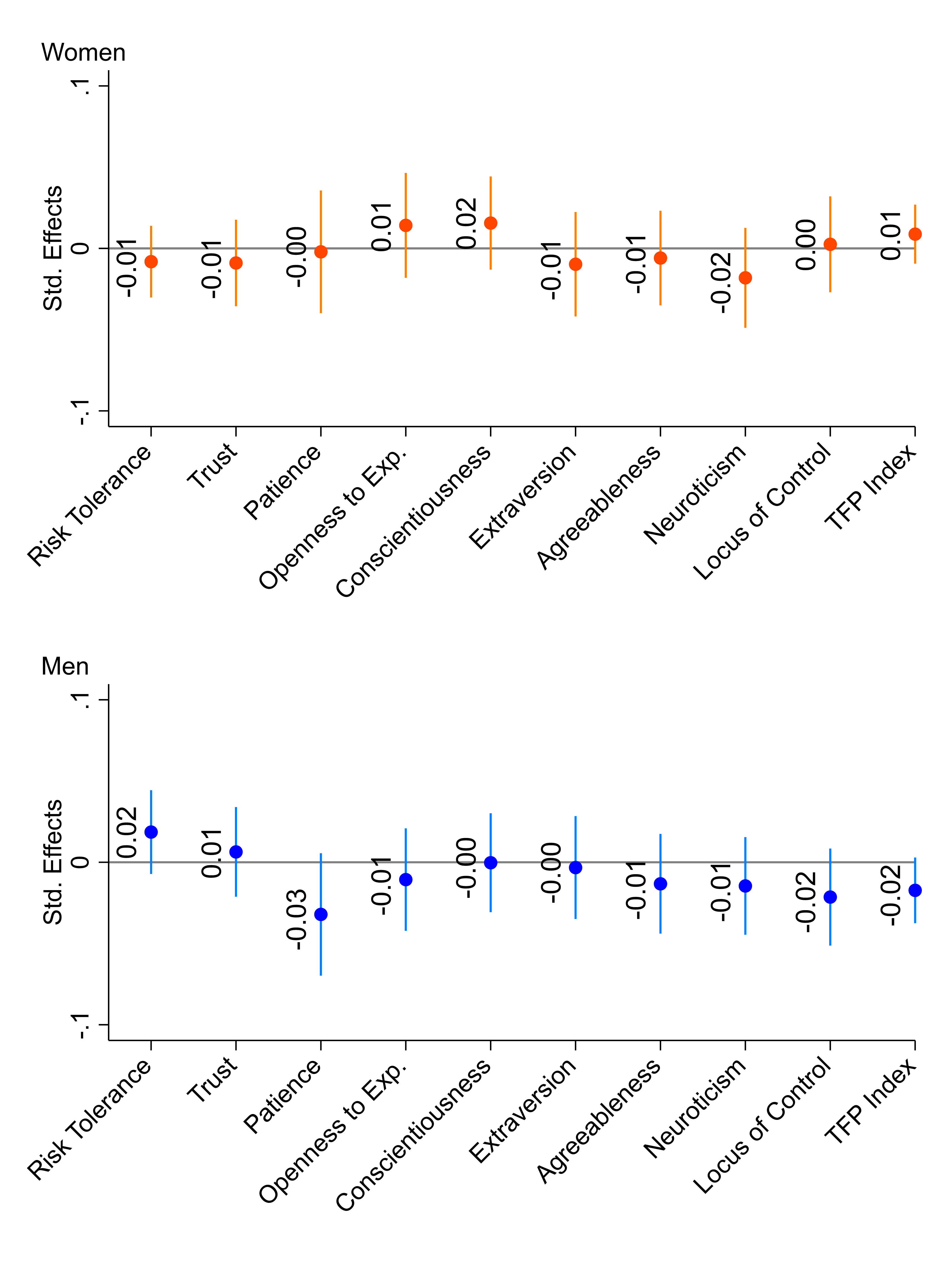