Jeppe Druedahl, Mette Ejrnæs, Thomas Jørgensen, and Jakob Søgaard have published research results that form part of the US Economic Report of the President 2022.

The Economic Report of the President is an annual report written by the Chair of the Council of Economic Advisers. It overviews the nation's economic progress using text and extensive data appendices.

The chapter Barriers to Economic Equality refers to Jeppe, Mette, and Thomas’ paper “Earmarked Paternity Leave and the Relative Income within Couples”. The report reads:

The structure of parental leave in the United States differs markedly from that of other countries, where parental leave is often tied to a child, and family members can choose who takes the leave. In contrast, leave in the United States is tied to the worker, and cannot be transferred between family members. This means that parents of a new child can maximize their combined parental leave by having more than one parent take it. This nontransferable leave has the potential to reduce care-based discrimination against women by creating an incentive for both men and women to use it. Research has shown that when other countries have introduced policies designed to increase fathers’ use of parental leave, the labor supply and earnings of mothers have increased, though the persistence of the effects has varied. 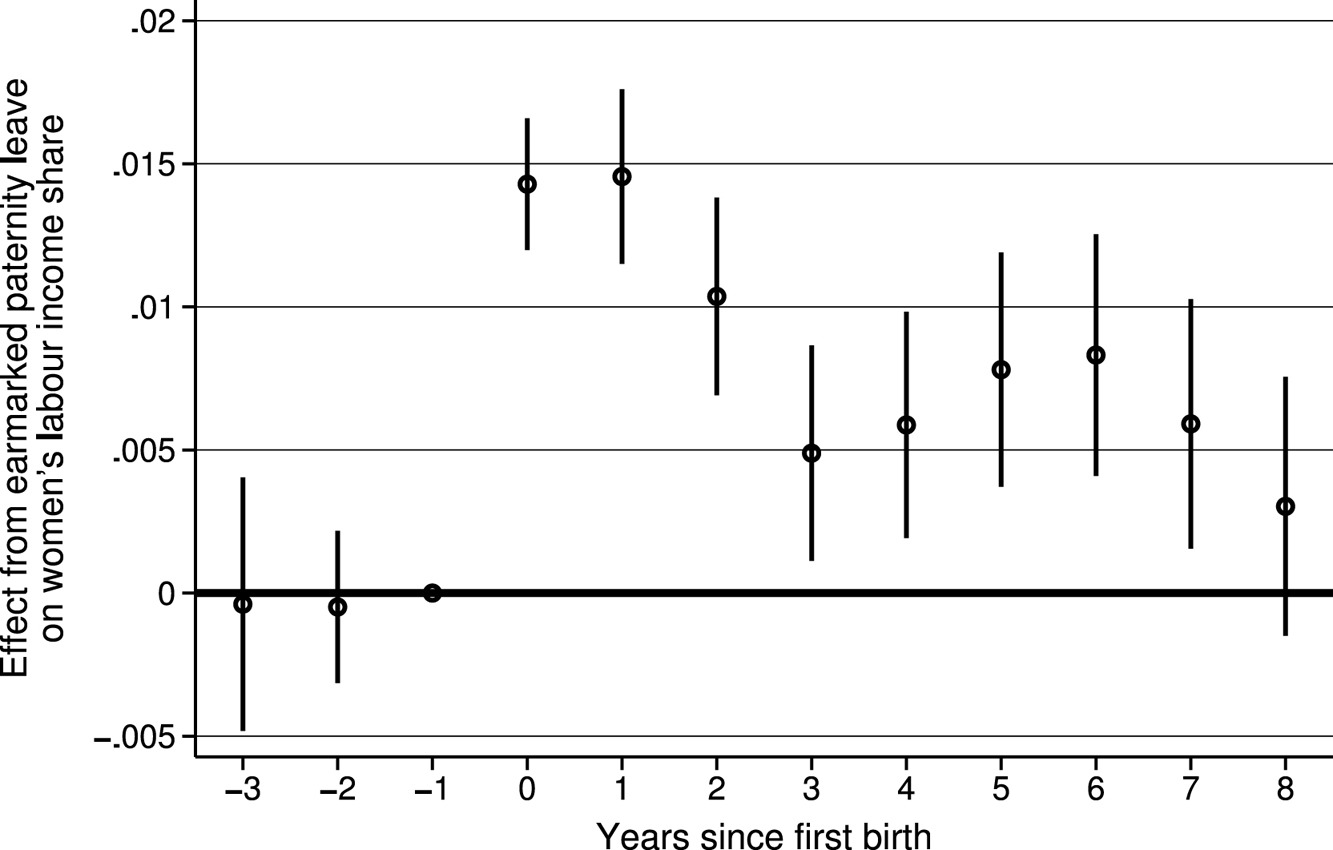 Jeppe, Mette and Thomas have studied the causal link between earmarked paternity leave policies and the relative income share of women within couples.

They utilized high quality administrative longitudinal register data for the universe of Danish individuals with a reform in 1998, which increased the earmarked paternity leave of fathers from two to four weeks.

Based on their analysis they estimate that the reform increased the women’s intra-household share of labor income with around 1.2 percentage points in the years following childbirth. They estimate a significant increase up to seven years after childbirth and furthermore they find that the effect is primarily driven by women employed in the private sector.

Jakob Søgaard has done extensive collaboration with Henrik Kleven, Princeton University, on the ‘child penalty’, i.e. the causal impact of having children on the outcomes of women relative to men. Henrik gave a three-fold presentation on the work at last year’s Zeuthen lectures at Department of Economics, UCPH. His work and Zeuthen lectures also informs the Economic Report of the President 2022.