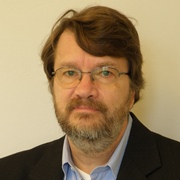 1995-2010: Professor of Economics, University of Copenhagen.

2010-2011: Assistant Governor and Chief Economist, Danmarks Nationalbank (on leave from the university)

From 2011: Professor of Economics, University of Copenhagen

First Prize of the Lundbeck Foundation 1990 for an essay on "Financing Public Expenditure in Denmark in the 1990s".

Winner of the 1995 Daeyang Prize in Economics for the best article in Journal of Economic Integration.

Winner of the award of the Finnish Society for Economic Research for the best article in the Finnish Economic Papers in 2005-2006.

Member of the Royal Danish Academy of Sciences and Letters.

Co-founder and Director 1998-2005 of the Economic Policy Research Unit (EPRU), supported by a grant from the Danish National Research Foundation.

Research Fellow in the CESifo Research Network and former scientific coordinator of the network's activities in the area of Public Sector Economics.

International Fellow of the Tax Administration Research Centre at the University of Exeter.

2006-2008: Member of the Mirrlees Review group preparing a report on "Reforming the Tax System for the 21st Century" for the Institute for Fiscal Studies, London.

Chairman of the Scientific Committee for the 1995 Congress of the International Institute of Public Finance.

1993-95: Leader of the Copenhagen team within the Human Capital and Mobility research network on "Fiscal Implications of European Integration", funded by the European Commission.

1996-98: Head of International Committee, Department of Economics, University of Copenhagen.

2000-2005: Leader of EPRU team in the RTN research network on "The Analysis of International Capital Markets: Understanding Europe's Role in the Global Economy", funded by the European Commission.

1999-2007: Member of the Board of Management of the Danish Economic Association.

1996-97: Independent Expert Member of the Danish Economic Council, an advisory body to the Danish government.

2001: Member of the Danish government committee on "Tax Policy and Internationalisation".

2012-2014: Chairman of the Danish Productivity Committee, established by the Danish government

From 2012: Member of the Research Panel of the independent think tank Kraka

From 2014: Head of the Danish Climate Council established by law by the Danish Parliament.

"Countercyclical versus passive monetary policy in a medium-run macro model". Scandinavian Journal of Economics, vol. 86, no. 4, 1984.

"Capital taxation, inflation and housing investment - The long run in a small open economy", Canadian Journal of Economics, no. 1, 1994 (with Søren Bo Nielsen).

"From the global income tax to the dual income tax - Recent tax reforms in the Nordic countries", International Tax and Public Finance, no. 1, 1994.

"Some old and new issues in the theory of corporate income taxation", FinanzArchiv 51, 1994.

"Indirect taxation in an integrated Europe: Is there a way of avoiding trade distortions without sacrificing national tax autonomy?", Journal of Economic Integration, 10(2), June 1995 (with Bernd Genser and Andreas Haufler. Also published in A. Razin and H.-J. Vosgerau, eds., Trade and Tax Policy, Inflation and Exchange Rates - A Modern View, Springer-Verlag, 1997 ).

"On the optimality of the Nordic system of dual income taxation", Journal of Public Economics, 63, 1997 (with Søren Bo Nielsen).

"Taxation of shareholder income and the cost of capital in an open economy: theory and applications to the Nordic countries", Danish Journal of Economics, 143, 2005.

"Outsourcing of public service provision: When is it more efficient?". Finnish Economic Papers 19, 2006 (with Andreas Knabe).

"The effects of tax competition when politicians create rents to buy political support". Journal of Public Economics 92, 1142-1163, 2008 (with Wolfgang Eggert).

"Measuring the deadweight loss from taxation in a small open economy - A general method with an application to Sweden". Journal of Public Economics 117, 115-124, 2014.

"New perspectives on the role of government", International Tax and Public Finance, 3, 1996.

"Comment on taxation and corporate investment: the impact of the 1991 Swedish tax reform", Swedish Economic Policy Review, no. 2, 1995.

"Comment on Allen, Gasiorek and Smith: the competition effects of the single market in Europe", Economic Policy, no. 27, October 1998.

"Comment on Bover, Garcia-Perea and Portugal: Iberian labour markets - Why Spain and Portugal are OECD outliers", Economic Policy, no. 31, 2000.

"To Harmonise or Not to Harmonise?" CESifo Forum, Spring 2002.

"Competing social models in the global economy" CESifo Forum, no. 3, 2011.

Contributions to book volumes in English

"Taxation, budget deficits and economic performance: Some reflections on the Danish experience", in Proceedings of the Third Annual Conference of the Foundation for Fiscal Studies, Dublin 1988.

"Taxation of income, consumption and wages in an open economy", in Manfred Rose (ed.), Heidelberg Conference on Taxing Consumption, Springer-Verlag, 1990.

"The welfare gains from international fiscal coordination", in Remy Prud'homme (ed.), Public Finance with Several Levels of Government, Proceedings of the 46th Congress of the International Institute of Public Finance, Bruxelles, 1990.

"The effects of taxation on international investment and economic efficiency", Annex 5A in Report of the Committee of Independent Experts on Company Taxation ("Ruding Committee"), Commission of the European Communities, Brussels and Luxembourg, March 1992.

"Comments on tax competition and harmonization in federal economies", in H.-J. Vosgerau (ed.), European Integration in the World Economy, Springer-Verlag, 1992.

"Coordination of capital income taxation in the Economic and Monetary Union - What needs to be done?", in F. Giavazzi and F. Torres (eds.), Adjustment and Growth in the European Monetary Union, CEPR and Cambridge University Press, 1993.

"Taxation of the selfemployed under a dual income tax - Taxation principles and tax reforms in the Nordic countries", in S. Cnossen (ed.): Towards a Dual Income Tax? Foundation for European Fiscal Studies, Rotterdam, Kluwer 1996.

"The Danish Tax Reform Act of 1993: effects on the macroeconomy and on intergenerational welfare", in T.M. Andersen, S.E.H. Jensen and O. Risager (eds.), Macroeconomic Perspectives on the Danish Economy, Macmillan Press, 1999.

"Measuring taxes on capital and labour - An overview of methods and issues", in P.B. Sørensen (ed.), Measuring the Tax Burden on Capital and Labour, MIT Press, 2004.

"Statsskatteloven i skatteøkonomisk belysning", SR-Skat, no. 3, Maj 2003 ("The Danish Income Tax Law of 1903 Evaluated from the Perspective of a Tax Economist").

"Nedturen i dansk økonomi - Hvor meget var selvforskyldt?" ("The downturn in the Danish economy - How much was our own fault?" Samfundsøkonomen nr. 1, 2010.